Hudson & Halls: The Food of Love by Joanne Drayton 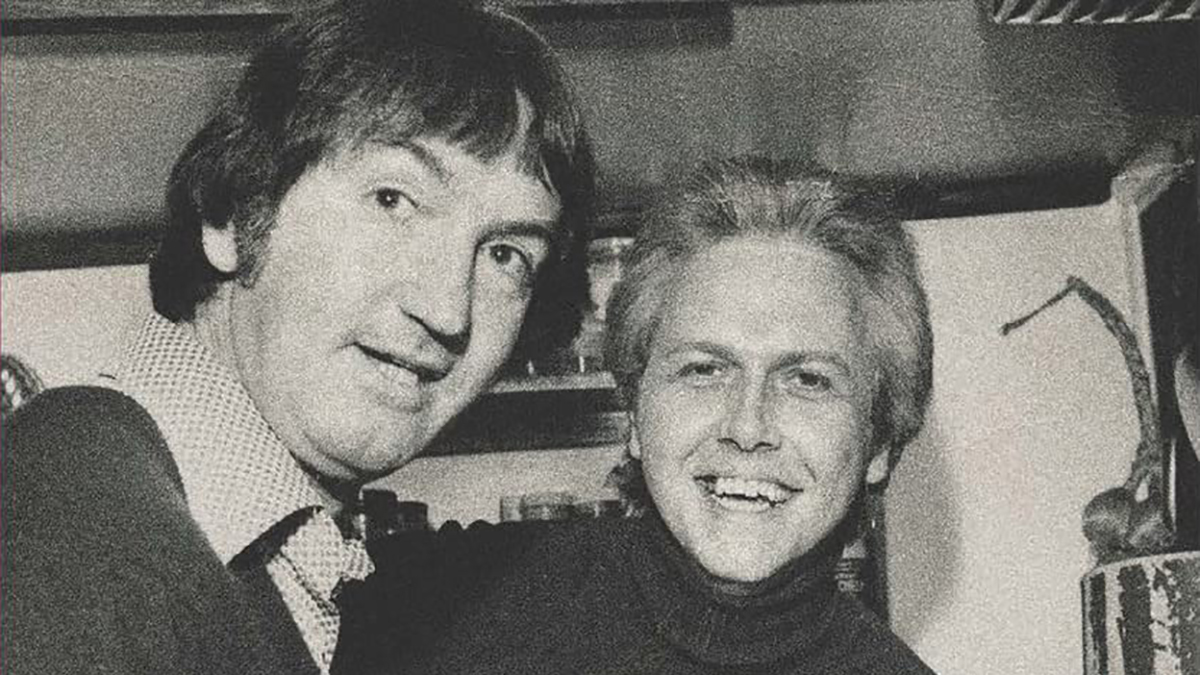 Hang onto your stuffed squid! Hudson and Halls, pioneers of celebrity television, are back in a tell-all book. Hudson & Halls: The food of love is more than just a love story, though a love story it certainly is. It is a tale of two television chefs who helped change the bedrock bad attitudes of a nation in the 1970s and 80s to that unspoken thing – homosexuality.

New York Times best-selling Kiwi author Joanne Drayton delivers a fast-paced and moving account of the couple who became reluctant role models for a ‘don’t ask, don’t tell’ generation of gay men and women who lived by omission. They were also captains of a culinary revolution that saw the overthrow of Aunty Daisy and Betty Crocker and the beginnings of Pacific-rich, Asian-styled international cuisine.

Drayton uncovers eye-opening, never-before-made-public stories about Peter Hudson and David Halls’s childhoods.  Hudson’s family in particular led a double life, one involving crime and illegal activity under the guise of respectability. Theirs is truly a story of transformation.

The couple’s drinking, bitching and bickering on screen and their spontaneous unchoreographed movements across the stage broke taboos and melted formalities. With their burnt baked Alaska, and frenetic capsicum-skinning demonstrations, they captivated an unlikely bunch of viewers, from middle-aged matrons to bush-shirted blokes.

Drayton brings alive the dizzy, hedonistic days of the 1980s, when dinner parties thrown by the dark, debonair Peter Hudson and blond-haired blue-eyed David Halls were legendary and their home the place to be seen for the cream of the Auckland social set.

If you thought you knew all there was to know about unforgettable culinary stars, Hudson & Halls, then get ready for a major encore. In this riveting and meticulously researched book, New York Times bestselling author Joanne Drayton celebrates the legacy and uncovers the past of the unforgettable Hudson and Halls.

I was 13 when I first saw David and Peter cooking on TV. Their cooking was miles from my family’s style, so much more glamorous and aspirational, and there was something ‘other’ about them. I was enthralled. They helped improve the culinary scene in NZ, while subtly lifting the taboo on same-sex relationships. There is so much in this terrific book I knew little about. – Peter Gordon, chef, restaurateur, writer

The book will be launched by Peter Gordon at Pah Homestead on Thursday 18 October. A gala dinner follows.

Joanne Drayton is author of New York Times bestseller The Search for Anne Perry (2014), which was a finalist in the New Zealand Book Awards 2013, the subject of a 60 Minutes documentary, and a cover story in the New Zealand Listener. Her critically acclaimed Ngaio Marsh: Her life in crime (2008) was a Christmas pick in the UK’s Independent newspaper in 2009. Joanne has written three other groundbreaking biographies. In 2007 she was awarded a National Library Fellowship, and in 2017 she received a prestigious Logan Nonfiction Fellowship at the Carey Institute in Upstate New York. She lives in Auckland, New Zealand, with her partner and three cats.

← The Battle of Passchendaele: New Zealand Remembers its Worst Day in Military History
Unveiling of NZ Museum in Europe →